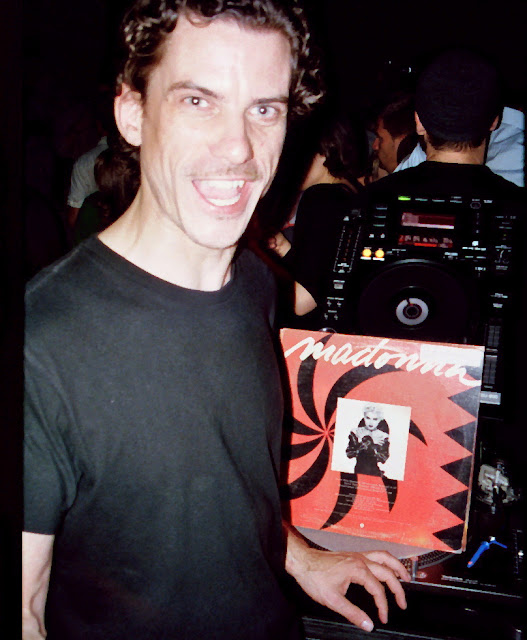 "Into The Groove is certainly one of the most well-known Madonna tracks, but the dub version that can be found on this pretty rare promo-only vinyl from 1987 not so much: legendary Shep Pettibone (who co-produced many Madonna tracks in the late 1980ies) remixed the track for the "You Can Dance" compilation into a more DJ-friendly version and also introduced an insane piano part that will infect any dancefloor. Of course the production is impeccable and still blows most records you might play before or after straight out of the water. A true secret weapon (that is also notoriously hard to find outside of the States).. that I had the insane luck to find for just a few Euros on Ebay some years ago.
I made an edit of the dub as part of my edits collection which can be found on Youtube (http://www.youtube.com/watch?v=GvjiM8qCb-Y).
Many more edits and mixes are up on my homepage ManuelKim.com, Soundcloud (http://soundcloud.com/manuelkim) and Mixcloud (http://www.mixcloud.com/manuelkim/)"